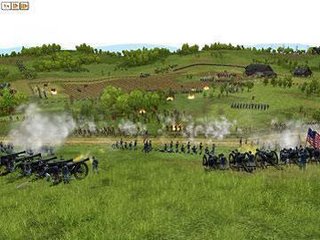 In offices all over town, doctors were busy trying to survive. The clinic, of course, had a significant advantage in many ways: we had excellent management, and we were getting large enough that we could throw our weight around. In a move that sent shockwaves across the entire US -- since it had never been done -- we'd actually fired an insurance company (ironically, the one with which we'd a few years earlier signed that exclusive contract): having had enough of the annual cuts in reimbursement, and having figured out that we were actually losing money on their patients (Old joke: how do you survive when you're losing money on each widget? Anwer: you make it up in volume) we told the insurer that that was it, sent letters to all our patients covered by them, offering help in hooking up with a new insurer. Set up a special phone line. Set a date. The insurance company caved. Of the bad new days, those were the good old days.

As private docs and small groups got into more financial trouble, some of them joined us. A few closed up shop. And the hospital, deciding that the clinic represented some sort of threat, began first a primary care network, and then a cadre of specialists as well. I can't say, from one point of view, that I blame them: they felt if the clinic became the only game in town, they'd have no leverage. (There was a time when all the rage was pre-paid healthcare, wherein the insurer paid a given amount to the docs to manage a patient, and the doc assumed the risk for overspending. The clinic bought into the idea, and went so far as to assume risk for hospital costs as well, which meant trying to negotiate daily rates with the hospital. More irony: the data for this concept looked great for a few years, and we thought we were better than anyone on the planet at controlling cost. Turns out it was an obvious accounting peculiarity: sign up a bunch of people, and for a few years it looks great. Then they start getting sick. That model is pretty well dead throughout the country now.) So on one level, I understand the hospital's thinking. On another, I thought it stupid for them to be underwriting practices all over the country with money that would be much better spent on improving their product. They were the only game in town. All they had to do was be excellent, and they'd be fine. And the clinic, believe it or not, didn't WANT to be the only game in town. We thought competition was good for everyone. As I recall.

Among other things, the effect of having the hospital support virtually every doc in town but us was to heighten the already great tensions between the doctor groups, and between the clinic and the hospital. To me, it began to feel like enemy territory whenever I walked into the place. Making matters worse, the hospital gave an enormous payoff to the specialist group, by paying them an outrageous amount of money to "manage" their outpatient operating room, a place at which I frequently worked. Scheduling time there suddenly became more difficult, on the one hand, and more unpleasant on the other. (Full disclosure: we eventually opened our own outpatient surgical center and, as one of its prime planners, I consider it one of my great accomplishments. As I wrote to them when I retired, "You are an island of excellence in a sea of despair.")

So that's pretty much the soil in which this story is growing: things are going to hell in a handbasket in town. Docs aren't talking to one another, everyone is paranoid and doing whatever they can -- even when it makes bad policy -- to survive. Insurance companies are loving it: trying to undercut the other, each party is willing to take less and less in payment. For a while, I used to imagine board meetings in top floors of skyscrapers, the air filled with cigar smoke and the self-satisfied farting of large and wealthy men, saying, "I was in their town yesterday, talking to such and such group. I offered them so and so in reimbursement. And guess what! They TOOK IT!!!!" High fives, yuks, and farts all around.

And then, improbably, the hospital made a move that united all the docs in town.

"Ladies and gentlemen, we're going to become a level two trauma center," said the CEO at a staff meeting, to the gasps of nearly everyone there assembled. Looks were exchanged, of the "they can't be serious" kind. If it weren't for the fact that trauma care was so lousy, making the act potentially fatal, people would have fallen out of their chairs. OK, I was wrong: I need to till the soil a bit more to have it all make sense.

First: the state had recently adopted a system of trauma-center designations. (Coincidentally, the main promoter of such systems was a good friend and mentor, from my training days: Don Trunkey. Yes, a character in my book -- here I am selling it again.) Level one was basically a world-class center with dedicated ORs and crew standing ready at all time, and having surgeons and anesthesiologists in house around the clock. Level two was nearly the same in terms of systems and facilities, but with the docs available within twenty minutes, 24/7, under pain of water-boarding and dismemberment. Level three was, more or less, where we were: take care of stuff pretty well, usually. If things fell into place. There was a level four as well, and, I think, a level five. Hard to imagine what those would be. Significance of trauma-level is that, among other things, medics in the field are required to triage a given level of injury to a given level of center, bypassing lesser facilities in most cases. Second important fact: twelve minutes away by readily available medic helicopter, and about twenty-five minutes by ambulance with lights flashing, was one of the best trauma centers in the world, level-frickin'-one, and then some.

I used to say that if I were run over by a truck, or shot in the belly at the entrance to our hospital, I'd want to be choppered to that trauma center down the road. And I meant it. Oh, if the stars aligned properly -- namely if a person had their major surgical emergency at 6 am, when the crews were all there but the day's patients weren't yet in the OR -- we could do as good a job (in terms of conduct of an operation) as anyone around. Not a couple of hours later, when the ORs were likely full, or in the middle of the night, when crews had to be called in. And not necessarily if the patient needed complex Xrays right away, or -- God forbid -- more than a couple of pints of blood. Not long before this jaw-dropping announcement, I'd had one of the worst experiences of my surgical life: called in to the ER at around midnight to care for a man gravely injured in an auto accident, clearly bleeding internally and massively. Because the OR had just finished some case or other, the crew was there. We got him ready in short order. I called ahead to get blood and emergency instruments available. I opened him up, unzipping his belly in a maneuver well-described in a certain book. (Note to reader: despite what you think, I suggest you take a second and click those book links. It's not what you think.) It was obvious he had a monstrous liver injury. I called for an aortic clamp, which, it turned out, wasn't in the pack supposed to contain it. In a cost-cutting move, the hospital had recently decided that having a bunch of instruments all cooked up and ready to go outside the rooms was expensive: they wanted everything centralized in the basement; and a lot of it -- believe it or not -- in a suburb a few miles away. So there was -- as there had been before the new idea -- no extra clamp on the OR. A call to the basement got this reponse: none. NO ONE ANSWERED THE GODDAM PHONE! Meanwhile, I'd sent word to the blood bank to send ten more units of O-negative blood (generally able to be given to anyone, without taking the time to crossmatch.) "You need to send us another clot," was the reply from the lab. (That's what you need to do a crossmatch.) Understand, I was in the process of losing the patient, and feeling very, very unsupported, to say the least. The list of things wrong is so long that I won't take up your time. Suffice it to say, the hospital at that time was clueless about what it would really take to upgrade to a level two. And not really in a position to do much about it. Did that matter? You'll see.
Posted by Sid Schwab at 7:21 AM

This is very interesting ... I'm looking forward to seeing how this turns out.